This study exposes about society changes when the formation and development of Trans Village program from isolation to acculturation. Its purpose is to identify how the community change from isolated to acculturated and changes then forms a social identity in Trans Village. The Theory used in this field is Henri Taifel’s social identity theory that stated the individual concept forms by their experience in the group by acknowledging and applied the social values, participate, and develops their sense of care and pride of their group. This research uses descriptive qualitative research. Data collection techniques through observation, interviews, and documentation. This study also uses data analysis techniques by reducing data, displaying data and drawing conclusions. The number of informants used is 9 people filtered through purposive sampling. The results of this study indicate that the process from isolation to community acculturation occurred at the time of the formation and development of the Trans Village in Kurau Village. At first, the transmigrant communities are isolated from the local community so there are no interactions. Then by the time being, Trans Village leads to the transformation of social identity. Social identity is formed starting from the awareness, relationships, collaboration and harmonization among the people. People who were initially isolated have now become acculturated in Kampung Trans. This condition can be seen from the merging of the community, namely the local community and transmigrants in Trans Village which caused mixing between cultures so that new cultures are formed while still preserving old cultures. People live mingled by promoting the values ​​and rules that exist in Kampung Trans. 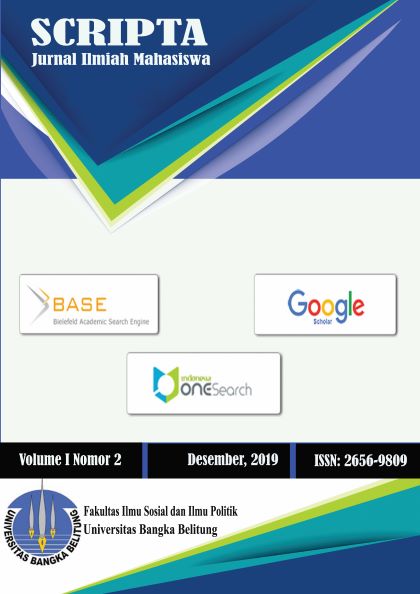